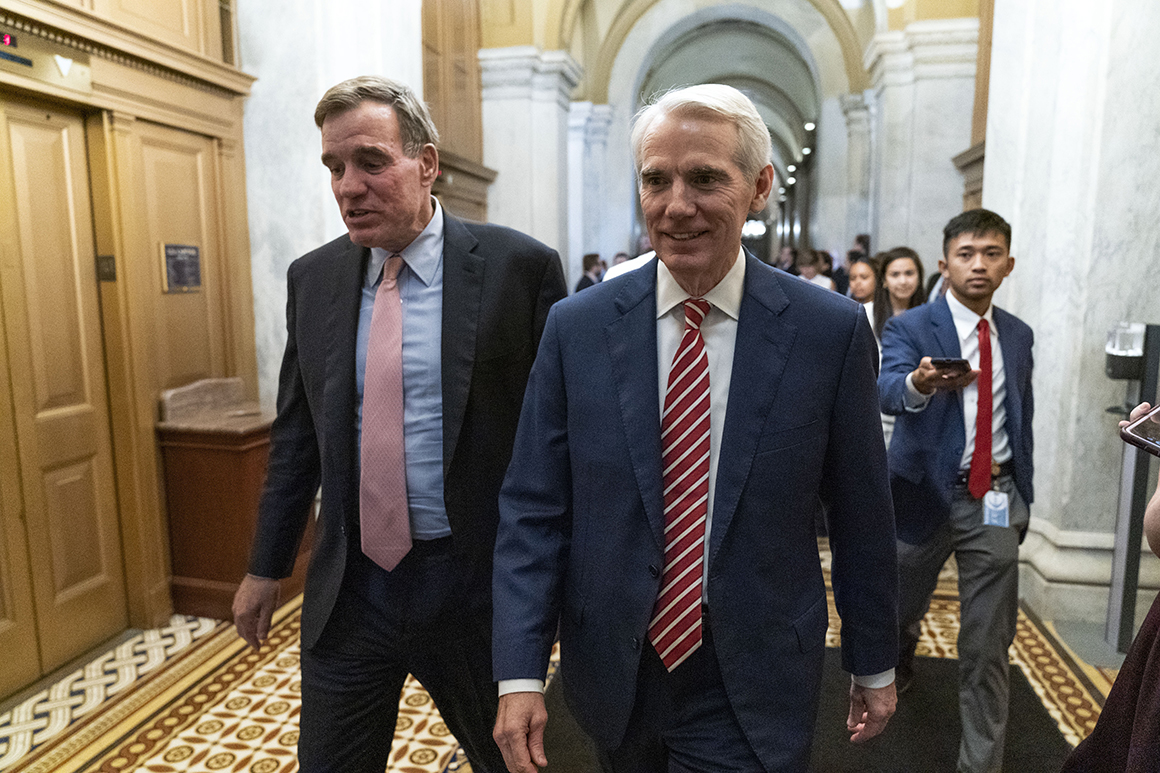 They see the new reporting requirements as potentially damaging the economic viability of cryptocurrency markets, which have seen a rapid expansion in new users during the pandemic.

Given how much new tax revenue could be at stake and the amount of progress that has been made on the bill, many doubt the language will be eliminated, so they are focused on efforts to make what they see as improvements.

Industry groups including the Blockchain Association, Coin Center and the Association for Digital Asset Markets outlined their opposition to the requirements in statements on Thursday, taking particular note of provisions in the draft version that could lead to targeting of individual users.

Perianne Boring, founder and president of the Chamber of Digital Commerce, said in an interview on Friday that her group proposed amending the bill language to “tighten the definition” of what constitutes brokering activity to exclude cryptocurrency miners and the operators of decentralized finance platforms.

“The idea of shoving this into a congressional mandate or as a as a revenue-generator for something completely unrelated, is not the preferred way or the right way to get the best policy,” Boring said, noting that ADAM and others have repeatedly asked for more guidance from the IRS on how to enforce existing laws.

ADAM’s CEO, Michelle Bond, said “it is critically important for the industry to be at the table to provide technical assistance for proposals of this magnitude.”

Tax compliance is considered a major problem with cryptocurrencies, and lawmakers are hungry for the $28 billion their proposals are said to raise to help finance their big-ticket spending plans.

The issue is complicated, potentially affecting banking and securities law. It also crosses jurisdictions in Congress, from the tax committees to banking panels.

The move to boost cryptocurrency reporting requirements comes after Republicans killed a plan to boost IRS enforcement by greatly expanding the agency’s budget — something Democrats are expected to tackle in a separate tax-reconciliation package.

IRS Commissioner Charles Rettig has repeatedly asked lawmakers for more power to improve tax compliance in the cryptocurrency industry, where many market participants are unaware of their obligations or are outright cheating.

The plan is headed for a quick vote in the Senate, and lawmakers will be loath to blow a hole in the infrastructure proposal after struggling for weeks over how to defray its cost of the plan.

The fact that few lawmakers understand cryptocurrencies and their relationship to taxes means that any lobbying effort will require a major educational campaign. Congress’s most expert member on the issue, Sen. Rob Portman (R-Ohio), happens to be one of the main authors of the broader infrastructure package.

Portman spokesperson Drew Nirenberg said in a statement: “This legislative language does not redefine digital assets or cryptocurrency as a ‘security’ for tax purposes, impugn on the privacy of individual crypto holders or force non-brokers, such as software developers and crypto miners, to comply with IRS reporting obligations. It simply clarifies that any person or entity acting as a broker by facilitating trades for clients and receiving cash must comply with a standard information reporting obligation.”

Much of the proposal is designed to replicate the reporting regime imposed when people sell stocks in companies like Apple or Ford.

Brokers would be required to report people’s so-called basis, or the price at which they bought cryptocurrencies, as well as their gross proceeds — which would make calculating their tax bills much easier. Studies have long shown that when people know someone else is independently reporting their income to the IRS, they are far less likely to skirt tax obligations.

Lawmakers also want to include anti-money laundering provisions sought by the Treasury Department that would require transactions worth more than $10,000 to be reported to the government.

Behind the scenes, lawmakers have debated language that would expand the definition of broker to include decentralized exchanges, without traditional middle men, and peer-to-peer transactions, though some say the language of the proposal is broad enough to sweep in others like cryptocurrency miners.

“The extension of the definition of ‘broker’ is a surprise,” said Lisa Zarlenga, a partner at the firm Steptoe & Johnson LLP who works on cryptocurrency tax issues.

Another source of contention: provisions that could potentially go beyond cryptocurrencies to other types of digital assets like non-fungible tokens.

The Treasury Department had already been working on rules to tighten reporting requirements on brokers like Coinbase, but having Congress’s imprimatur would help head off any potential legal challenges to the agency’s authority to issue new regulations.

Industry officials are vowing a fight.

Blockchain Association Executive Director Kristin Smith expressed frustration with the last-minute scramble to write the legislation, saying it could impose new requirements on “all sorts of different actors in the ecosystem.”

“We think it would have the effect of potentially driving a lot of these actors and businesses and individuals involved in crypto overseas and really stifling the innovation in this space here in the United States,” she said.

Though the plan is said to raise $28 billion, that’s highly uncertain and the estimate immediately raised some eyebrows.

While Congress’s budget forecasters can predict with confidence the cost of tax changes that are similar to ones lawmakers have made before — such as expanding the child tax credit — they invariably have a harder time for more novel policy proposals.

Cryptocurrencies present a particularly difficult challenge because their valuations can fluctuate wildly, it’s hard to know how many people are buying and selling the assets, and forecasters have to make guesstimates about the tax rates they likely pay.

CORRECTION: This story has been corrected to say that the Chamber of Digital Commerce is pushing for the exclusion of cryptocurrency miners and operators of decentralized finance services in the legislation.